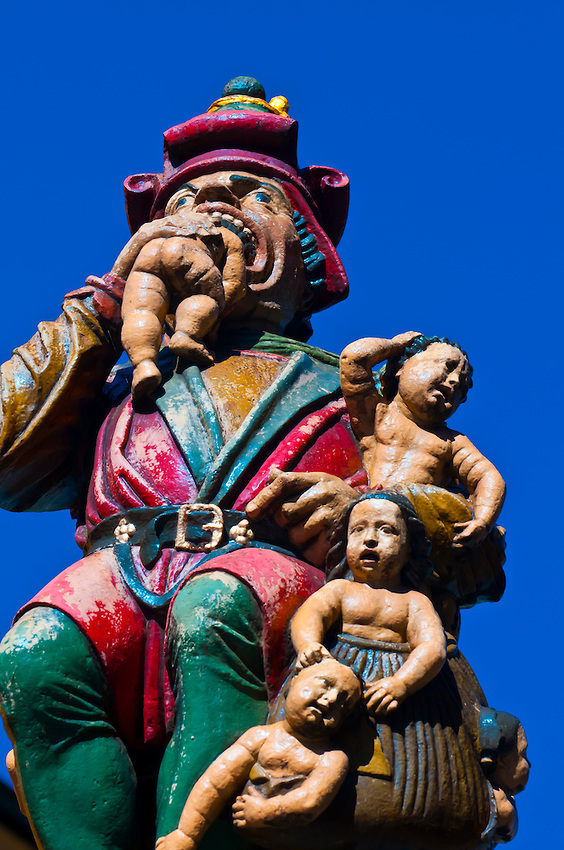 The title of this article “Cremation Of Care” (9:41) comes from the name of the ceremony held at the Bohemian Grove every July where some of the most powerful people in the world come together for… well, for who knows what?! In front of a giant owl-god, Molech, the concept of care is burnt in effigy.

The image is of the Kindlifresser (child-eater) in the Swiss capitol of Bern, feasting on a sack full of children.

You will soon see how these two notions relate to the upcoming video.

Do you remember “Confessions Of An Economic Hit Man” (Part 1 – 53:35) in which John Perkins claims to have played a role in an alleged process of economic colonization of Third World countries?
Well, consider that the first chapter. This is the second chapter. It’s much worse.
(Original in Dutch, with English subtitles.) 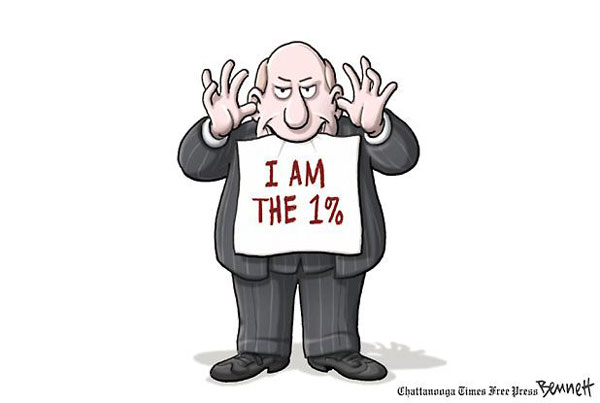 There is much talk about the one percent and how they control the world. This could not be further from the truth. The error comes with statistics like this one:

Despite pure wealth, governance is the key to the notion of the 1%. The fact is that even the top 0.1% don’t have anything to say about governance, and neither do the top 0.01%, nor the top 0.001%. As it happens, if you are a billionaire, you are part of the 0.00003%; and those aren’t even the important billionaires, just your standard run-of-the-mill billionaires.

Bill Gates (being the richest human) would have the unique distinction of being the only part of the 0.00000001%.

This gives the term ‘society of entitlement’ a whole new meaning. This phrase is usually reserved for those who make so little money that they have to rely on government assistance. It might be a mis-nomer. It should probably refer to those who have so much money that they can tell the government what to do.

Raising the minimum wage has been suggested as a means to close the wealth gap, and it has also been argued that the economics behind this argument is flawed. Perhaps then, it is time we start talking about a maximum wage.

One wonders who the world’s first trillionaire will be. One way or another, it won’t be long before we find out:

“If you added up the net worth of the 51 richest Americans last year, the trillionaire mark would be reached. This year, that number is down to 37 individuals. … Existing wealth has a greater capacity to accumulate wealth. … If we are now at 37 individuals to reach a trillion, will we be down to five people in 2039, with $200 billion each, and 65 years from now, turn those five into one?”

[Disclaimer: The above thought is NOT a call to action, rather, it is a thought experiment which harkens back to the eugenics movement/de-population agenda and those amongst the elite who, even now, would support such things.]